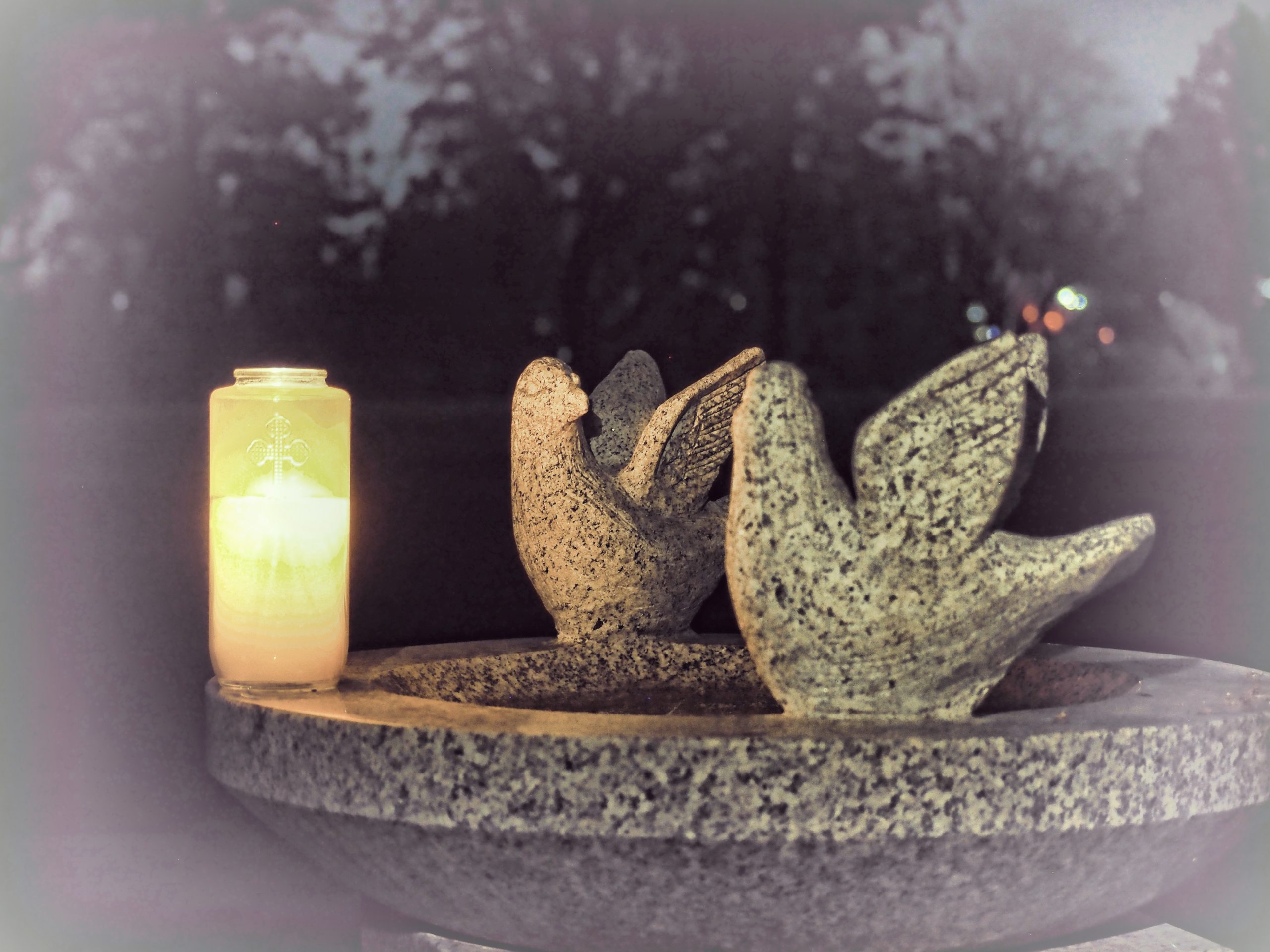 A few years ago, my husband saved a man and his son from drowning in Lake Pend Oreille. Of a dozen people there that day, Sean & I were the only ones who saw they were in distress. By the time Sean got to them, everyone else had finally noticed, but the man had already gone under twice and was barely able to hold the little boy above water anymore. He slipped under a third time while Sean was swimming back with the boy. It would have been the last time if the grandmother—the only other person close enough to help at that point—hadn’t reached him and managed to hold him up until Sean came back for him. Even so, it was a very close call.

All year long, I have felt like that man, drowning in plain sight. In February, I snapped out of a particularly vicious bout of depression just in time for the Covid lockdown to hit and for two close friends to die within two weeks of each other*. As you can imagine, that sent my mental health into an immediate tailspin. I tried to reach out to several friends for help, but mostly got perfunctory responses in return because they were juggling their own problems due to the pandemic. Even though that wasn’t their fault, it left me to struggle with rejection and isolation on top of my grief. Suddenly, I found myself not just mourning Honey and Kimbra but dealing with old wounds surrounding my dad’s death and trauma from past abuse as well.

I started to spiral faster. My social anxiety skyrocketed, and I couldn’t tell anymore if I was responding to even the simplest situation in a normal or rational way. This led to a misunderstanding with a friend which exploded so spectacularly that I spent three straight weeks barely able to sleep or eat until this person’s final message plunged me straight into suicide.

I had tried to signal for help several more times during those three weeks, but the few people who noticed didn’t understand how bad things were, and the level of help I needed didn’t come through. So I smacked into rock bottom head-first. If Sean had not been in the room with me when I read that message, there is no doubt whatsoever that I would have walked immediately to the kitchen for the carving knife and ended everything there.

Since that day, I have been mostly silent about my problems even though the aftershocks have continued to ripple through my life. The person with whom I had the falling out was one of the friends I initially asked to keep an eye on me, so from that point on, reaching out to anyone felt like trying to sneak past some Indiana Jones-style deathtrap, always terrified that a single wrong move might trigger hidden blades that would slice me up. I eventually managed to tell a few people I was struggling, but I downplayed how bad it was, and I still haven’t told a single person the full extent of what I’m going through. Even what you’re reading now is a very stripped-down version.

Things are better now, but I still feel like I’m drowning more often than not. Grief heals slowly. Old wounds don’t scar over well once they’ve split open again. Suicidal thoughts and behavior hover like ghosts long after the initial craving for death passes. But even though it’s a struggle, my head is still above water. And even though no one swam out to bring me in to shore, that doesn’t mean I’ve been treading water alone all this time.

Here’s the thing: Sean didn’t rescue those people all by himself. Yes, they would have drowned if he hadn’t swum out there. But if the grandmother hadn’t managed to keep her son-in-law afloat while Sean got the boy, that man would have drowned. And when he finally did make it to shore, he still had a dangerous amount of water in his lungs. If someone else on the beach hadn’t called the paramedics, or if the paramedics hadn’t arrived so fast, he would have died anyway.

In the end, every little thing done by each person on that beach contributed to saving his life. I was the one who made Sean take his shoes off before he swam out there so they wouldn’t weigh him down. The boy’s mother was the one who made it to the buoys just in time to take her son so Sean could go back for her husband. The only other family there with kids were the ones who took the terrified boy off to the side and played with him so he wouldn’t distract the paramedics. The man who called the paramedics, the elderly woman who prayed, the girl who had extra towels ready to warm people up… Every little thing mattered, and it saved his life.

So yeah, I’ve been out here drowning all year long. But there have been people on the beach all this time, and every little thing they have done for me has kept me alive. And yes, I mean that quite literally. That day in June may have been the worst, but I have faced suicide many times since then, and many times it’s been a single act of kindness that’s kept me afloat a little longer.

And here’s something else I know: things won’t magically reset when the clock hits midnight tonight. Will I be thrilled to say goodbye to this horrific year? Hell yes! But tomorrow morning, the world will still be reeling from Covid and I’ll still be patching up the pieces of my heart. That’s just how it works. But I also know I wouldn’t be here to see 2021 at all if not for those who helped me in so many ways.

So as we close out 2020, I’d like to raise a toast to the people on the beach. Most of you didn’t realize you were throwing me lifelines because you didn’t even know I was drowning, but those lifelines did their job anyway. You’re the people who asked how I was doing when I couldn’t reach out on my own; who followed through with checking on me when I did ask for it; who said something kind and beautiful to/about me when I needed to hear it most; who offered me compassion and forgiveness when I screwed up; who did anything, no matter how small, to show me I was loved and valued even when I believed the world would be a much better place without me. All my love and gratitude to goes out to each of you on this final night of the year.