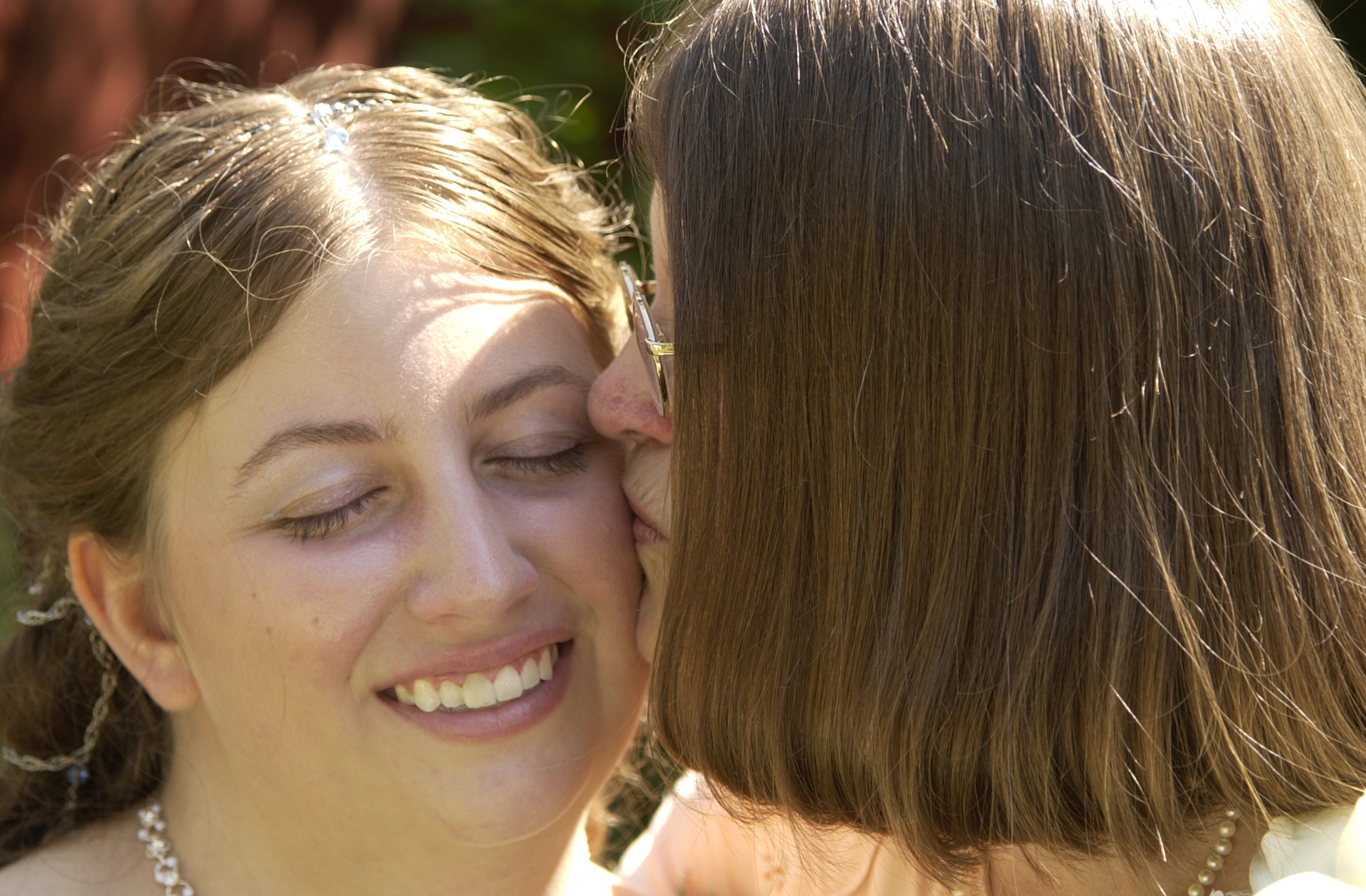 My earliest clear memory of my mother goes like this: I was four years old, and I loved to swim. My mother took us to El Salido Pool several times a week. My brother was only about a year old, so he stayed with her on the side while I frolicked around the pool pretending to be a mermaid.

El Salido didn’t have a kiddy pool, just a shallow end that gradually sloped into deeper water. About halfway across the pool, the slope dropped out sharply from three feet to six in a matter of inches. I knew this, since my mother was careful to warn me about it every time we went swimming, and I’d never been tempted to test my swimming skills where I couldn’t touch bottom. Or at least, I was never tempted until the day Brendan showed up at El Salido.

Brendan was one of the boys in my kindergarten class, and I was utterly fascinated by him. He was almost five, and he was already a foot taller than anyone else in the class. When our teacher would force us to line up in the hall outside of the bathrooms and go in two at a time, I always stood next to Brendan, staring up at him and thinking vague, little girl thoughts of awe and admiration. I was desperately in love with him, mainly because of his height.

I don’t remember whether or not Brennen ever saw me that day, but the second I spotted him, I began to follow him (at a distance) all over the pool. Brendan was just so cool, and I knew that anywhere he went, I had to go too. When he swam out into the deep end, I never once thought about how much taller than me he was. I scurried right along, straining on tiptoes to keep my head above water.

The bottom of the pool dropped out from under my feet before I realized I was in trouble. Suddenly, I was plunged into water three feet over my head. I flailed around wildly and managed to break the surface of the water, choking on huge gulps of chlorinated water. I thrashed to stay afloat, while all around me, no one paid any attention.

My swimming lessons kicked in on instinct. Still crying and coughing, I paddled and kicked toward the edge of the pool. I swallowed even more water on the way; I was starting to feel very sick, but the concrete ledge of the pool wasn’t very far away.

I reached it and clung to it with shaky fingers, coughing and sputtering in between panicked sobs. I hung onto the wall right where the deep end began—only a few feet from the lifeguard who was making eyes at her coworker across the pool. She never heard me gasping for help, and I began to sob in bitter fear. If the lifeguard wasn’t going to save me, who would?

Then I turned my head toward the shallow end of the pool and saw my mother rushing through the water, my little brother still held in one arm. She reached me and gathered me to her with the other arm, then carried me out of the pool swiftly and calmly.

Looking back now, it doesn’t seem as impressive as it did then. I was never in any serious danger—after all, I had already managed to get to the side of the pool, where I would have eventually recovered my breath and climbed out safely. And any mother would have done the same for her child. Still, it has stuck with me all these years: the image of my mother striding through the crowded waters to save me, the only one to come to my rescue in a pool full of people who should have noticed my distress.

When my father died, my mom asked us to pick out a Bible verse that described her so that the headstone could be completed—his name and hers, with a short verse each to depict their lives, so that when she followed him, she would be able to rest beside him. My brother and I were stumped. How do you describe your parents, the people that raised you, loved you unconditionally, and made you who you are in fifteen words or less, especially when those words are written by someone else?

So the deadline for the epitaph passed and she was forced to choose a verse herself, something from Psalms or Proverbs, something about kindness or gentleness or compassion. I think it hurt her that her children didn’t know her well enough to find a way to describe her. Even now, I still think about it, about the fifteen words that define who my mother is, and how our silence must still hurt her.

How do I define my mother? She is certainly kind and gentle—sometimes too gentle for her own good. But there is so much more to her, too. Only a year after my father died, I started college and my brother had back surgery to correct his scoliosis. The rods in his back caused intense muscle spasms so painful that he was out of school for a year and a half. It took dozens of doctors to properly diagnose his pain, and all that time, my mother was scrambling to get him home tutoring and dealing with some very nasty people at the high school. A year and a half of me not being home to help out, of hearing all her friends disparage her best efforts, of watching her son struggle in agony to do anything at all, and she bore it all with an amazing, quiet strength.

That quiet strength is what strikes me most about my mother. It is a strength that is often close to the breaking point, a strength that has nearly been overwhelmed by doubt and grief more times than I can count. Nothing is more painful than to have your mother call you when you are 2,000 miles away and listen to her sob hopelessly over the phone.

But she has never given up. Somehow, even as she reaches the very edge of sanity, she always finds the courage and willpower to fight through one more day. Her strength lies deep within her, beneath her gentle, meek exterior and the very real pain she experiences as she faces these endless trials. It is silent, but it is resilient and powerful and it never fails. It is the same strength I saw in her when she carried my brother and I out of the pool that day, holding us together as she does even now.